Outgrown size Two?  It may be time for size Three.

The Duo Wrap size Three diaper cover is designed for babies and children in the 40-60 pound range. This Duo Wrap has the same adjustable rise and signature leg gussets that work so well on Duo Wrap sizes one and two, now available in a bigger size. This is BIG. If your child is under 40 pounds but has outgrown size 2 Duo Wrap, this may possibly be too big depending on how you like things to fit and how much absorbency you need to put underneath it.  It's a good size jump up, which could be just what you need, but also consider the in-between size Thirsties Diaper Cover size Large which is bigger but not as much of a size jump up.

An exposed PUL ("wipe clean") waterproof diaper cover that adjust with your baby's growth. This is the new size Three for those who outgrow the Thirsties Duo Wrap size Two. Adjustable rise snaps. For use over any style diaper. Made in USA. Tennessee
Finally no leaking at night for my toddlers!

I was hesitant to buy the size 3 as so many spoke about how much larger it was, by I went for it with my 14 month old for his night time diapers (size XL prefold with a size L prefold as a doubler) it fits perfect on the lowest rise for him. Intend to put him back in size 2 covers during the day when less absorbency is needed, but the cover works fine then too. I’m hopefully for an early potty training, but if not I’ll be back to buy more 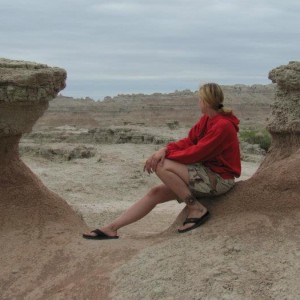 United States
Update On My Review From 2019

This site doesn't let you edit your older reviews, I wrote one back in May 2019, so I figured I would give an update on these covers almost 2 years after we started using them. My daughter is now almost 6 1/2 years old and due to special needs isn't potty trained. She is on the smaller side and weighs around 40 pounds now which is the lower weight end of this diaper. For the past 2 years we have been using these covers on the smallest setting and still are. They were a little big around the waist at the start, but now they fit her pretty well on that setting. Our current setup is using a large size flat in a modified kite fold with a one-size flat folded up inside of it. For nights I add a couple of hemp inserts inside, which make it bulkier but effective. I currently have 16 of these covers in rotation, 12 are from over 2 years ago and 4 are from about a year ago, using around 6 a day, so each cover gets used about twice a week. After 2 years of use all the covers are still going strong, the elastic is holding up nicely. I have only had issues with 2 of the covers, both were of a fox print that they had 2 years ago, both of those covers had stitching issues around the leg elastic where they mis-stitched a couple areas, so the elastic wasn't properly sewn to the the diaper, but it was an easy fix on the sewing machine; if I would have been more observant when I first got the diapers I would have noticed the issue right away, but it wasn't apparent until a couple months later. I have been rather impressed with these covers, this was the first time I have used this brand, and compared to other brands of covers I used in the past these have held up much better. I have never had any blow-outs with these diapers, and even with 2 years of use, no signs of the PUL cracking at all.

I like the options of snaps and Velcro diaper covers. They both work well, but snaps are not as loud as Velcro ones.

Washington
I use them with a large gmd prefold and so far so good!

I needed a few more night time covers(we have been using blueberry coveralls, but those aren’t available anymore,) for my almost 3 yr old. These fit great on the smallest setting, and he’s on the bigger side. I use them with a large gmd prefold and so far so good! These would also fit a much larger child if needed, which is nice since I’m not sure when he will night train!

We have used Thirsties Due wraps size one and two, but with our toddler's stocky build, size two would hardly fit over the size large clotheeze Prefolds and did not fit well at all over the extra large Prefolds once he sized up to them. We are really happy that this size was available. Plenty of room to boost an extra large Prefold for night use while still offering some growing room!