Growing Greens Made Of Organic Cotton one-size fitted diaper by Babee Greens. Made in USA.

Stock Status: In Stock. Usually ships the same or next business day Babee Greens organic cotton is grown and milled in the USA.

Growing Greens by Babee Greens is a one-size fitted diaper. Trim fitting. Narrower through the rear and narrower through the crotch than our other fitted diapers, thus nice for fitting under regular clothing. They are quite adjustable through a very large size range, narrow hips to wide hips. A snap-in doubler can be removed for little ones then snap it in for older babies. They don't take forever to dry, either. Very absorbent! This is a wonderful diaper for those who prefer snaps. Beautiful. The elastic is sew curved all the way to the edge, which is a superior sewing method because it provides a good leg fit and better containment than economy fitteds do.

Use with a diaper cover over it, sold separately.  A fitted diaper is the absorbent part.  It is 100% cotton which provides absorbency.

You can see the difference in the placement and sewing of the leg elastic area if you look closely at the pictures.  100% cotton without polyester and without rayon. We love cotton! It's soft, absorbent and washes easily. Made of organically grown cotton fabric which is grown and milled locally 100% USA - from the field all the way to the finished product. Only the highest quality eco-friendly fibers in the production of Baby Greens products, including the thread!  100% unbleached cotton thread and natural latex free elastic. Even the threads are cotton where as other brands use polyester edge thread.   See this on a baby.  This diaper is terrific because it is organic and made in the USA.  Handmade in Asheville, NC.

Babee Greens is a 100% natural fiber company. We never use man-made or synthetic fibers.   At Babee Greens, we design and manufacture all of our products in the beautiful mountains of Asheville, North Carolina, USA. Fourth baby. We are an EC family. For babies 1-3 we did all prefolds and flats, mostly tri folded into covers. At night we did prefolds snappi-ed under wool shorties or wool pants. However I did find that often I wouldn’t take them to the potty when I knew I should sometimes because it was such a hassle to get them in and out of the diapers, especially if they were wearing some kind of pants over them. This time after reviewing some EC resources I decided to try some fitted diapers and…these are such a good fit on our baby! He is very large & growing quickly so the adjustable/one size fits many is an asset—-he was growing out of the workhorse diapers _so_ quickly that actually these are cheaper per wear for us. Around the house we do not use a cover -this is due to EC-we want to be very aware. It also makes it very simple & quick to take babe potty. These wash & dry more easily since they are not so thick. I love how trim they are! I also love just using all the wool we accumulated over them as a cover! 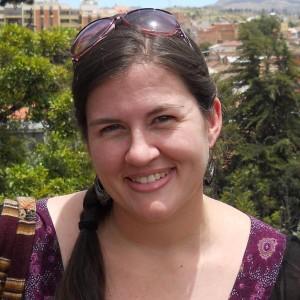 So far so good!

These are luxuriously soft and fluffy! I’m pretty new to cloth diapering, and we are still breaking them in, but so far they are lovely. My baby is on the small end of the size range, and it would have been helpful to receive some explanation of how they work as “one size” because without adjusting the rise they come up over her ribs! I’ve been using them “inside out” and attaching the insert to the outside and folding the back over to achieve a lower rise. Since she’s 8 weeks old and spends a lot of time on her back, having the extra layers in the back from folding the fitted and insert works well. I’m eager to see how they hold up, since they are still shedding some fluff in the wash, but so far we’re happy!

love them especially for coverless or with wool covers

I love these diapers! I have 5 100% cotton ones and 5 hemp/cotton blend (only available on Babee Greens site I believe) and they are both great. The 100% cotton ones are a bit softer but not quite as absorbent so I like to use them during the day and use the hemp/cotton blend during the night. They work great under wool covers because they prevent blowouts and let me avoid washing my wool covers often, and they are still quite trim. I sometimes use just the insert with an extra liner after my daughter has just had a poop, which is convenient and very trim. I really prefer this "one-size" design to some others that snap up in the front because there is less bulk in the crotch area.

I love them,but dont have much to compare.

I purchased 21 of these diapers during pregnancy with my now two year old and used the wool cover system after tons and tons of research I had 2 covers in the beginning for a few months and then added a thirsties PUL to the system and I absolutely loved it. Went to a daycare that made me get more wool covers but I was just glad they were open to the idea of using them. Which they did and also loved them.The ease of just plopping them into the wash (breastfed exclusively) and an easy transition to the dryer not worrying about what needs low heat or high heat or air dry. Blah blah blah. I just kept it simple and paid a little more in the beginning. My partner had no issues with not using disposables because they are so easy no snapies or whatsieevers. They have held up great after these many months 26 months to be exact and I will use them on my new baby girl when she gets a little bigger and he is potty trained so I don't have to use more. I decided to try flats for her since she was in the newborn stage and eh not a fan but it works, some kids just have the desire to poop more explosively then others I guess. It's a lot of diaper when they are still so tiny that I would just use two of the inserts and would throw them in the wash before I went to bed and dried them when I woke. I did as the instructions said rinse in cold water before the main cycle, use correct detergent, I used babyeegreens and kicken green i think that's the name of the detergent but now I just make sure it's a fragrent free liquid and throw in some borax to soften the water. When he was going thru the 10 or so diaper changes a day and I felt like they were getting too rough I would just add some vinegar into the rinse cycle and dried them on the lowest heat setting (that I had time for). I do believe they could be softer but he showed no complaints or had any skin issues with them so they must not have been that bad plus if I wanted a softer I would have purchased a synthetic diaper,,,, but I choose organic cotton hemp blend. Fyi I used to remove the inserts before I washed them and would put them back on after they dried but I have a newer washer model and eventually got tired of doing that maybe 6 months in so I wouldn't unsnap them and I never had a snap come off the diaper.

I like these diapers. We have mostly diapered our daughter in the GMD fitteds but I have had my eye on this diaper for a while and finally decided to try it. I am not a big fan of “fleecey materials” but this diaper is really soft. I wish they would sew the knit side of the fabric on the outside of the diaper( like they did on the back of the insert) because I think the diaper would look and feel so much nicer. The diaper is big which is good because my daughter is three and 35 lbs. We only use this diaper overnight as she has been potty trained for a year. It is also a very fluffy diaper, her 5T Disana cover just barely pulls over it.