From letting their little ones run wild outside to plenty of play-based learning.

If you’re into home decor at all, you’re probably pretty familiar with hygge, a Danish word that roughly translates to coziness and well-being. But you may not be familiar with friluftsliv, a Scandinavian philosophy of “open-air life.”

That commitment to frolicking outdoors—no matter what—is the basis of Linda Åkeson McGurk’s new book, There’s No Such Thing as Bad Weather: A Scandinavian Mom’s Secrets for Raising Healthy, Resilient and Confident Kids (from Friluftsliv to Hygge)].

The Swedish mom moved to Indiana and then back to her home country for six months with her two daughters, and made some pretty astute observations about the difference between parenting in the U.S. and Sweden. Namely, Scandinavian kids play and play and play—and they come out better for it. (Scandinavian countries, and their Nordic neighbors Iceland and Finland, regularly rank as some of the healthiest, happiest and best educated in the world.)

So just what are some of the secrets of Scandinavian parenting? If you’re envisioning lots of winter sports, you’d be correct. But there’s more. Here are a few of our favorite ways Scandinavian moms have really figured this parenting thing out.

1. Kids play outside, no matter the weather.

Given the title of McGurk’s book, it’s no surprise that this is the biggest difference between American parents and our Swedish counterparts. An oft-repeated line in Scandinavia goes like this: There’s no such thing as bad weather, just bad clothing. Even with lots of snow and some of the fewest daylight hours on the globe, Swedish parents still bundle their kids up and send them out to play. Babies even nap outside in frigid weather.

Schools take the philosophy seriously, too. Kids spend 20% of the day in recess, most of it outdoors, and the first recess of the day starts at 9:30 a.m., no matter if it’s snowing. Kids sled, build snowmen and even ice skate. (Can you imagine how many lawsuits that would spark in the U.S.?) Sometimes regular classes like art and science are taught outdoors. Even preschoolers spend a lot of time in the fresh air: On a bad weather day in the winter, kids spend an hour-and-a-half outside. On a nice day in the summer, they spend almost six hours.

So the next time it’s snowing, Mom, don’t get nervous; get Swedish. Bundle your kids up in the right gear and get them out of your hair.

2. They know a little dirt won’t hurt them.

“Messy, wild play is seen as a perfectly natural, even cherished part of childhood in Scandinavia, and the way I was raised, muddy hands, piles of filthy clothes and wet boots were almost considered badges of honor, a testament to a day filled with adventure, new experiences and lots of trial and error,” McGurk says. She suggests reserving a spot in the backyard where your child is allowed to dig in the dirt or create a “mud kitchen” with some old pots, pans, cups and other kitchen utensils. In other words, eschew perfection and let your little heathens have fun.

3. They don’t put so much pressure on preschoolers.

Is it just me, or does it seem like American expectations for toddlers these days are a bit, um, intense? In Sweden, most children don’t start formal schooling until they’re 7! Government subsidized care is available for kids after they turn 1, but the curriculum is heavily focused on play and cooperation. The national curriculum is 20 pages long and mentions fostering respect for one another, human rights and democratic values, as well as a lifelong desire to learn. There’s no pressure for kids to write their names or recite the alphabet on cue. That also means there’s no pressure on working parents to start drilling their toddlers at home.

4. They learn responsibility through freedom.

Like their Danish neighbors, Swedish kids play in parks without parental supervision as young as 6—a move that may get you arrested in America. McGurk points out just how paranoid American parents have become, even as crime stats have dropped dramatically. She points to a 2014 survey of 1,000 American parents that showed 68 percent want to ban children age 9 and under from playing unsupervised at parks. In Sweden, they let preschoolers amble on top of rocks at school and have woodshop stations with real hammers. Three-quarters of fourth-graders walk or ride their bike to school. The kids learn from trial and error, and parents don’t panic when they loosen the reigns a bit. Sounds heavenly!

Maybe it’s because their kids already get so much outdoor exercise, but raging debates about screen time just aren’t a thing in Sweden, McGurk says. Swedish 10-year-olds sometimes have nicer phones than adults, and even preschools use iPads as a pedagogical tool. Still, she said, lots of Swedish parents try to make sure everyone in the family unplugs from time to time—to enjoy some of that hygge and friluftsliv.

Written by Audrey Goodson Kingo for Working Mother and legally licensed through the Matcha publisher network. Please direct all licensing questions to legal@getmatcha.com. 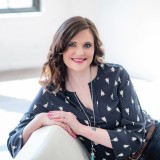 This way of living and parenting sounds heavenly! Many of these countries have even recently outlawed such things as spanking and infant circumcision. Taboo topics in the US, but something to aspire to!